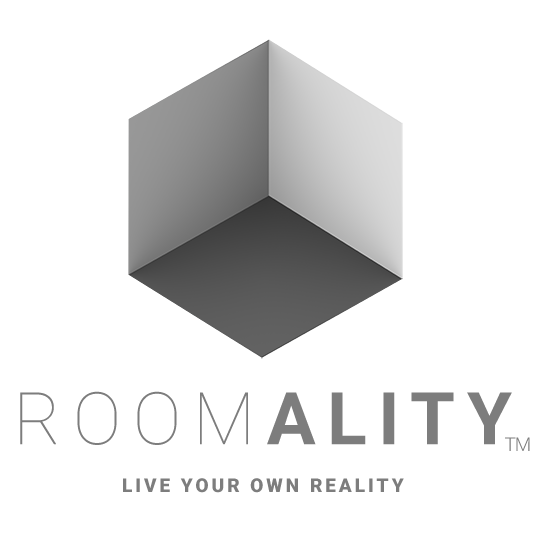 Roomality is an immersive, 3D system that projects a virtual world onto the user’s own surroundings – all without the need of a headset, goggles or glasses. Users can change their environment and relax in a tranquil forest, or watch the sun go down from a desert mountain, or experience the thrill of an Arctic snow blizzard from the comfort of their own home. Roomality lets users gaze out at the Manhattan skyline from a rooftop terrace, and watch the planes as they land in Queens. The system can even transport you to the surface of the moon.

Cutting-edge technology without the need for wearables 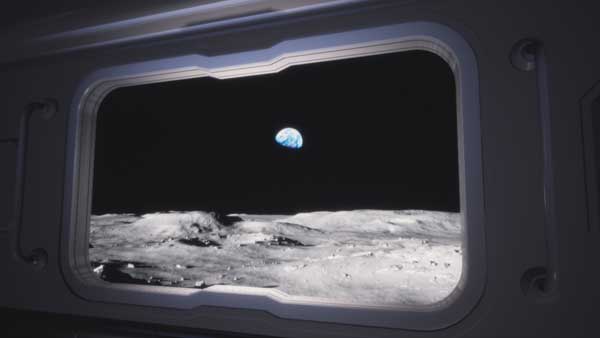 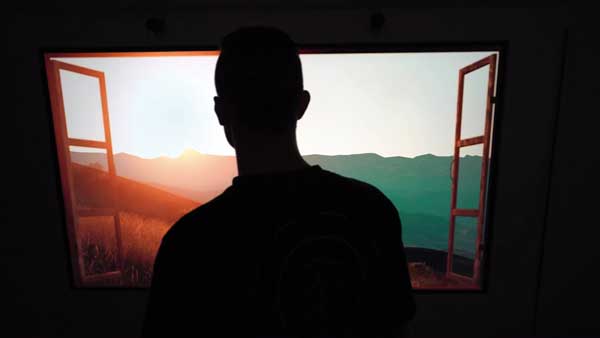 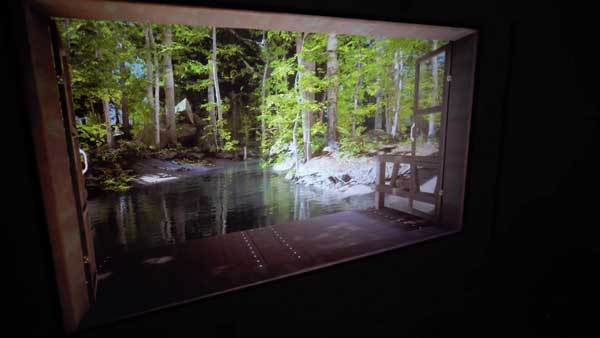 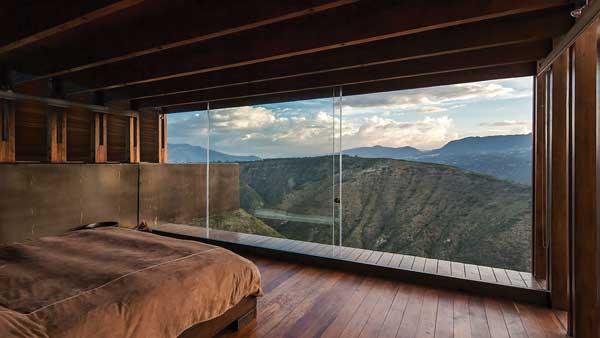 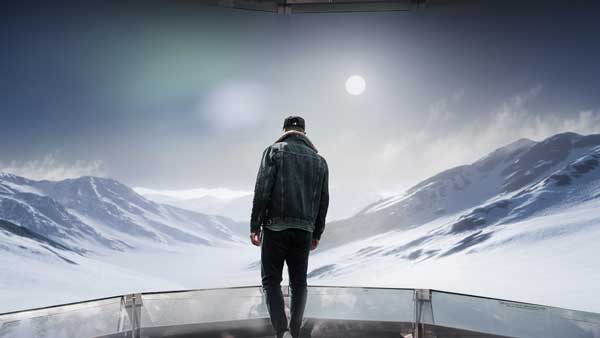 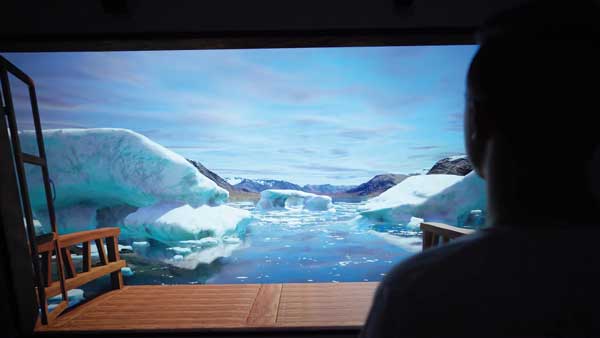 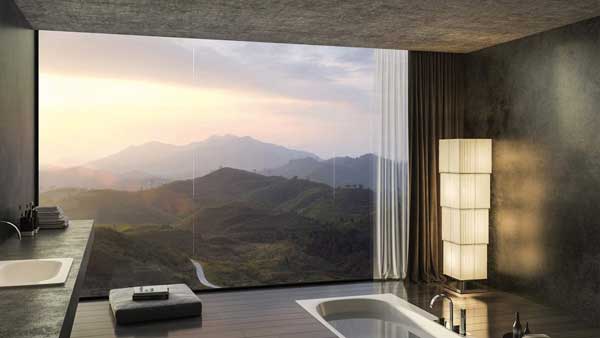 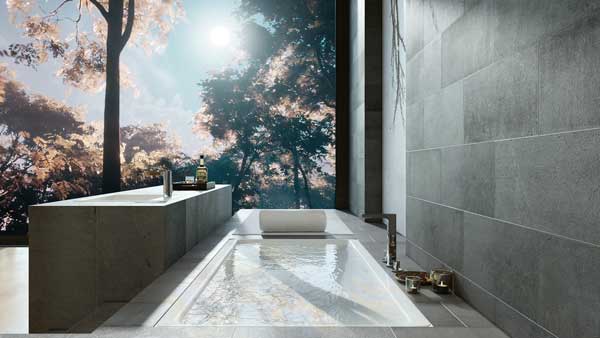 Roomality’s cutting edge technology tracks the user’s eyes, making it a fully interactive and immersive experience. As you or your eyes move, so does the projected environment. The system mirrors real life, with objects and distances being rendered in real time. Roomality allows you to navigate a beautiful, virtual landscape at your own pace.

In Phase One, we successfully ensured that the system is able to track your eyes and project the virtual landscape onto a large screen. This allows the user to feel as though they can walk right out and enter this new world without being constrained by a headset or goggles.

Our patent is pending for this groundbreaking system.

Phase Two will see the Roomality system projected onto an entire wall. This projection will add the dimension of French doors, a large balcony or full walled window, with users feeling like they will be able to step out onto this terrace and enjoy their new, virtual surroundings.

In the final phase, Roomality will not just be projected onto one wall, but onto every wall in a room, giving a dome-like effect. This final phase may involve a purpose-built rounded dome to ensure total immersiveness. In this completely immersive environment, users will navigate the virtual environment by looking anywhere in the room.

WHAT WILL ROOMALITY BE USED FOR?

With the ability to transform your space and move within a virtual world, Roomality offers users an instant mental retreat. The selection of landscapes to choose from empowers the user to relax, explore and enjoy. From virtual tourism, to escapism, to conquering phobias the possibilities for self-development with Roomality are infinite.

Roomality’s system transforms physical space without the need for construction. As windowless accommodation becomes prevalent, and with the rise in popularity of capsule hotel rooms, Roomality offers designers the opportunity to brighten, decorate and transform dark rooms without altering them physically.

Roomality lets its users escape from their ordinary surroundings and visit somewhere extraordinary. The system can transport you to a Manhattan rooftop terrace, a luxury beach resort, or a cottage in the woods, and that’s just the start. No airfare, no accommodation and no worry about restrictions – just the freedom to shift your surroundings and escape the everyday. 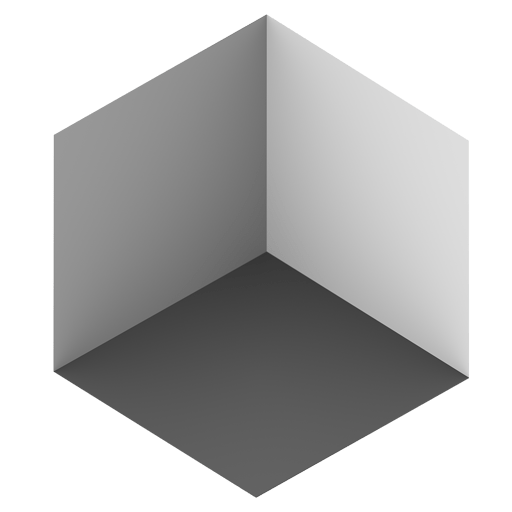 Roomality makes shooting films easier and better than ever. Shooting on location is no longer a viable option. Not only is it expensive, but filming becomes dependent on external forces such as weather or lighting, which leads to inconsistent results. Green screen shooting also produces low-quality, unrealistic footage. Roomality facilitates directors to make films like never before. The system allows filmmakers to shoot actors in bespoke photo-realistic environments from inside a studio. With Roomality, directors have total control over lighting and can match it to the background perfectly, leading to consistent, high quality photo-realistic films.

Roomality adds a whole new dimension to the gaming experience. Gamers can physically interact with their surroundings without being constricted by VR headgear, glasses or equipment. With Roomality, gaming is a liberating, active and immersive experience.

THIS IS JUST A START

Roomality’s disruptive and innovative system has uses that extend far beyond these fields. From education to sports to events, the possibilities are endless.

You can find out more about which cookies we are using or switch them off in settings.

This website uses cookies so that we can provide you with the best user experience possible. Cookie information is stored in your browser and performs functions such as recognising you when you return to our website and helping our team to understand which sections of the website you find most interesting and useful.

Strictly Necessary Cookie should be enabled at all times so that we can save your preferences for cookie settings.

If you disable this cookie, we will not be able to save your preferences. This means that every time you visit this website you will need to enable or disable cookies again.

This website uses Google Analytics to collect anonymous information such as the number of visitors to the site, and the most popular pages.

Please enable Strictly Necessary Cookies first so that we can save your preferences!